This is a text widget, which allows you to add text or HTML to your sidebar. You can use them to display text, links, images, HTML, or a combination of these. Edit them in the Widget section of the Customizer.
Posted on March 6, 2018July 18, 2019 by Laura Three Names 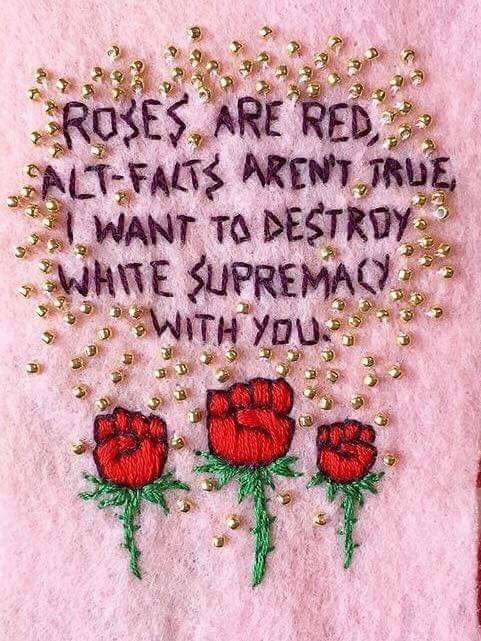 Most of my posts for Black History Month delved into tricky, painful aspects of black history, and although I found it necessary, that was definitely difficult to inhabit. Thanks for anyone who went–and stayed–there with me. Now I’d like to end the series on a sweeter note.

Throughout my development, I have found people who progressively helped me understand that it was okay, that it was actually good and healthy for me to call myself black, to own my weird singular version of blackness. Folk who welcomed me to my own life, from when I was young until this very day, hour, moment. Those who let me know that sharing my misfit self with the greater community was truly a gift to us all, in fact. I want to share some of this adopted family of mine with you; even if you aren’t black yourself, if you love black people, I imagine you’ll find a deep welcome from these folk as well (if you haven’t already!).

As a tiny person in DC, I was lucky to have family that exposed me to culture of all kinds. DC used to feel so wide open to culture, to me–sadly, that scene would eventually feel too established to me, too conservative. I was frustrated in later years to feel I’d been a little too young and isolated to miss DC’s hardcore movement, as many of my older friends had been–and I was too shy in my blackness, too sheltered from the city’s heart to invite myself into the roiling energy of DC’s signature go go scene. But when I was very small, my folks made the town come alive in readings, concerts, plays, and museums.

Eloise Greenfield is the first poet I ever remember doing a reading. Greenfield wrote poetry books for children that were actually good and smart, that we could understand and love and enjoy. As a reader, she was bold and fun, overflowing with musicality and laughter.

Speaking of song and joy, Sweet Honey in the Rock lived at the crossroads of the two. I got to witness these women performing several times as a kid. They swelled and filled and flowered every room they entered, all the while dynamic, electric, smooth and sharp and pitch-perfect. To see a family of black women making art together was something that seemed completely natural to me, as a youngster whose family gathered to sing and play music regularly. How I appreciated Sweet Honey’s staggering repertoire: it ranged from African music to pop to every thing! Bringing those songs all together was so genuine, and healing.

And Michael Jackson? He was the King of Pop. The man could do no wrong in those days. My sister and I memorized his songs and created our own dance routines as accompaniment. Kate owned the incredible LP of Thriller with a different, sexy picture of the King printed on either side of the record itself! We adored his shy, darling scarecrow in The Wiz, and Bad was the first CD to ever enter our home. We had every song memorized within days.

The 80s were a great time for kids’ programming. We watched Children’s Television Workshop and PBS all the time growing up, and Lavar Burton’s Reading Rainbow was an absolute favorite. Lavar became an even greater hero to me around the age of thirteen or fourteen, though; watching The Next Generation with my dad was my first welcome into televised science fiction.

During early teenage time, the black writers I read were mostly those assigned to me in school. I was almost exclusively captivated by sci fi and fantasy, and I believed that field to be 100% white. Beyond my genres of choice, Morrison and Hughes were fascinating, though, and they appealed to completely different parts of me. Morrison was danger, suffering, struggle, pain. She was blood magic. Hughes wrote the blues–his touch so light, so deft, you might miss the subterranean tragedy unless you looked closely. “A Dream Deferred” was one of the first poems I ever learned by heart. “Love” was another. “The Weary Blues” was the first poem to help me genuinely hear–and adore–the blues for the very first time.

As a young singer, I liked songs that fit neatly together, smooth and clean and melodic. I adored Motown, songs that often revolved around a single lovely metaphor, and Smokey was probably my all-around favorite songwriter and singer. Even when he sang about heartbreak, you could tell he wasn’t feeling sorry for himself, but smiling, maybe wryly, and his beauty (forgive us all the jerry curl) remained untouched. His Sesame Street appearance remains legendary to my thinking.

Ms. Fitzgerald (I hesitate to call her by her first name, as she reportedly hated it when her fans did do) was the first singer I wanted to emulate. Somehow, it seemed she was always bursting with joy! And her technique? Oh, her technique was impeccable. She never, ever wavered, even when she skatted, making it all up along the way. My dad owned the double records featuring Ms. Fitzgerald singing The American Songbook, and I listened to those records over and over… I thought she was perfect (her pitch certainly is), and back then, I fervently believed perfection was the most important quality a singer could embody.

What can I tell you. My primary concerns as a young teenager were to fall in love and to become “good at sex.” Those were confusing years.

In those days, R&B romanticized romance. My favorite ballads were the soulful, exquisite harmonies of Boyz II Men, who had me fantasizing about hours-long foreplay one moment, and weeping over ruined love the next. The number of times I retreated to my room with their music to soak in my feelings is impossible to count; I only know they were my first call when I was either devastated with heartbreak, or in the mood to, umm, get to know my body better.

R. Kelly was one of few R&B singers who never really sang about love, but with what 12 Play did for me back then, I did not mind. Given the man we now know he is, that should surprise no one; it’s clear I was his target demographic.

An album that gave me similar chills was Janet. Jackson’s self-titled breakthrough made me want to be brave and open, like she was. As a whole, that collection celebrated the duality of desire and devotion so well: her hot hot hot sex lived in the same room as her tenderness and longing. I’m so grateful to Jackson now: she gave young me a roadmap of a grown woman’s needs.

Meanwhile, most rap of that era rhapsodized about fuckin’. Just like Janet, Salt-N-Pepa was a godsend. I grew up knowing for sure other smart women dreamed about, craved, and pursued sexual adventures. I loved how much fun S&P had, too: I was relieved to learn sex didn’t always involve rooms full of lit candles, lengths of gossamer fluttering in night breezes, and solemn vows murmured too quietly to hear. Like most women my age, “Shoop” was the first rap single I learned by heart, and I would (and will) gleefully recite it in full at any opportunity. Fuck yeah, little Laura mused. Feminism can be fun, dummy.

Dirtiest of all were the tracks I listened to in secret, that summoned the sub in me: the nasty narratives on Snoop’s Doggystyle. My big sister managed to sneak a cassette in our house (my dad would have had an aneurysm if he’d seen that cover), and boy did I learn a lot from Snoop. I had an enormous crush on him, but more than that, I felt he understood a part of me few others did. Nothing is quite like the moment you meet a fellow perv and immediately recognize each other… Anyway, the songs on that album are so goddamn misogynistic, and I have no desire to revisit that particular shade of lust, but at the time, I learned plenty about the dark heart of my desire from those tracks.

My mom, meanwhile, was doing her best to give her daughters books by biracial writers, to make sure we had tools to think and talk about our identities. Danzy Senna’s Caucasia was a standout; that was one of few works of art to tell me what I was had company. Even if I felt like a misfit all the time, I was not alone in that alienation. That book also introduced me to the brilliant metaphor of biracial people being “canaries in the coal mine,” those whose well-being, or lack thereof, gauges the true state of interracial relations (Senna is the writer I hoped and failed to find again in Zadie Smith many years later, when On Beauty‘s shallow excavation of black and white Americans left me ice cold).

As you see, there were contemporary finds aplenty as I attempted to impress my peers, but the occasional outlier still had the power to shake my world. During these years, my friend Julie’s older brother and his friends introduced me to a legend who brought the dream of the psychedelic ’60s straight to my veins: Jimi Hendrix. I learned everything I’d never known from Hendrix’s otherworldly reflections on the human condition. He seemed truly alien to me then; I hadn’t yet realized that rock n roll was actually black at its roots, and Hendrix was just innovating on the tradition of his forebears. His profound tenderness was an essential antidote to the swagger and posturing of the contemporary black men whose rap began dominating the charts, so I was genuinely unafraid and unashamed to love him. Jimi’s version of the national anthem taught me just how much an instrumental could clearly say. I heard him wail the hurt given him by his birth country–I was just beginning to glimpse such in myself–with an eloquence far beyond my means. Jimi also subtly began to alter my thinking on what made “good” singing. In all his songs, Jimi narrates, chants, and spins charms in a cadence that’s all his own. His songs are almost impossible to cover because no one in the world sounds anything like him. No one ever will.

Either keep reading, or come back soon for Part II.